Rio will have new terminal in Porto do Açu 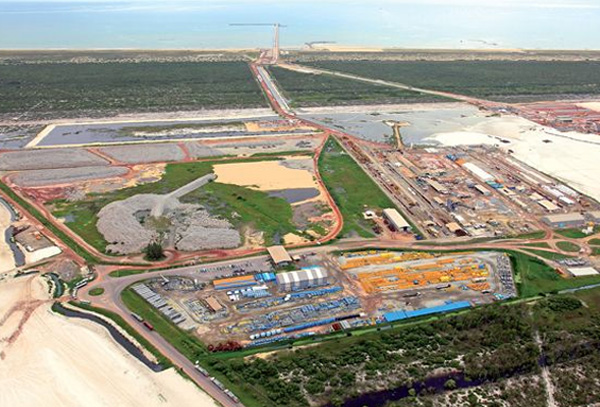 The federal government has decided to authorize the construction and operation of a new port terminal in Rio de Janeiro, with an investment of R $ 610 million. On January 15, the Minister of the Port Authority of the Presidency, Helder Barbalho, will sign the agreement that will allow Brazil Port Logística Offshore to build and operate the port terminal in the municipality of São João da Barra, in the northern region of Rio de Janeiro.

The new Private Use Terminal (TUP) will be made in the area of Porto do Açu, an ambitious logistics project developed by Eike Batista, and touched at the time by his company LLX Logística. After Eike's companies collapsed and its billionaire empire collapsed, the Açu Port passed into control of EIG Global Energy Partners LLC. The Plumo Logística, which is controlled by EIG, is today the one that manages the Port of Açu. Eike owns only a minority share of the venture, which was one of his most ambitious projects.

Although it is within the Port of Açu, the area that will be used to construct and explore the new terminal represents a project different from those that exist in the region and with other investors ahead. In practice, stretches in Açu that are not being exploited will be sublocated so that the new venture can be implemented. The location is considered strategic because of its geographical proximity to the most productive oil fields in the country and because it has plenty of room for expansion.

Thus, the ships that contribute in the future terminal will use the access channel of the Açu Port. But the boarding and disembarking operations will be done directly in the private port that Brasil Port will build in its future terminal.

The new terminal is expected to move and store about 609 thousand tons of general cargo, 27 thousand tons of solid bulk and 243 thousand cubic meters of liquid bulk annually. The terminal will also be used for maintenance and repair of vessels. The site will have about 575 thousand m².

The government sees in the sector the possibility of attracting new investments to help warm the economy of the country. Although the exploitation of terminals does not help so much in the generation of jobs, due to its great mechanization, the construction of the physical work will bring benefits for the creation Of service stations. The information is from the newspaper O Estado de S. Paulo.